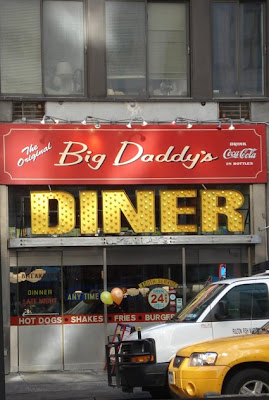 We couldn't resist this diner for dinner, with a side of fries and cherry soda...Above their front window they had a line of vintage cereal boxes, (RIP Seinfeld, which seems to be on 24/7). 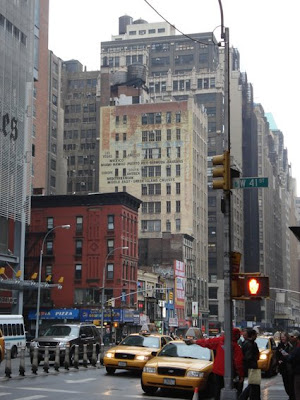 New York streets, ahh, what great signage for a travel agent on the pale cream wall, and the sight of the water tanks on buildings. 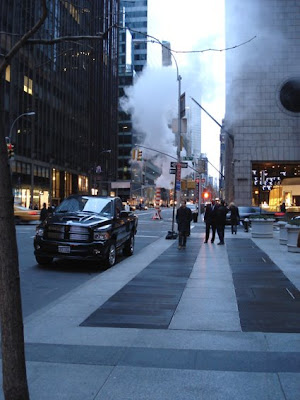 Walking along Madison Ave, steam stacks were all along the street, as were the Monster trucks, below, is a shop front we lusted after, check out the size of their fabulous, arched window! 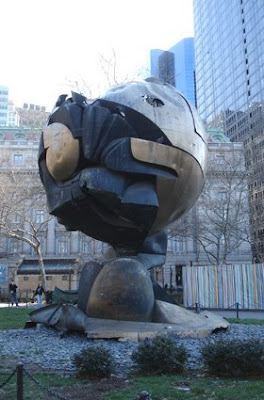 On our trip to the ferry we found 'The Sphere' which stood in the plaza of the World Trade Centre for 3 decades. It was conceived by artist Fritz Koenig as a symbol of world peace. You can see it was damaged during the events of September 11, 2002 but was kept and placed there on March 11, 2002 as a temporary memorial to all those who lost their lives. There is also an eternal flame that was ignited on September 11, 2002 in honor of those lost.
This was quite an amazing piece to see, as the World Trade Center sight is still wrapped and under construction, yet to see the size of the area and to think of what had once stood there, had collapsed around this sculpture it really stands as an icon of their hope and spirit. 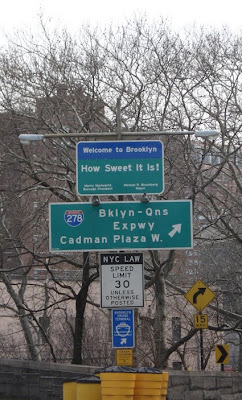 Brooklyn is sweet, so long as you get off the correct subway stop....Could Brunswick have a sign like this? 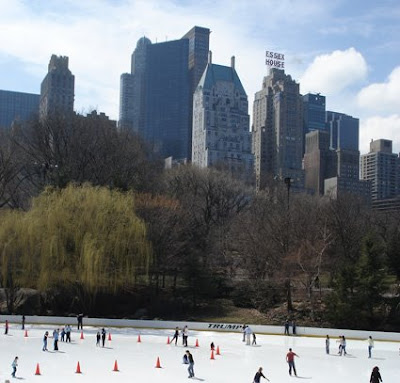 Skating in Central Park, we walked around and sat by the small lake and ate bagels while watching some little remote boats sail around- so cute. 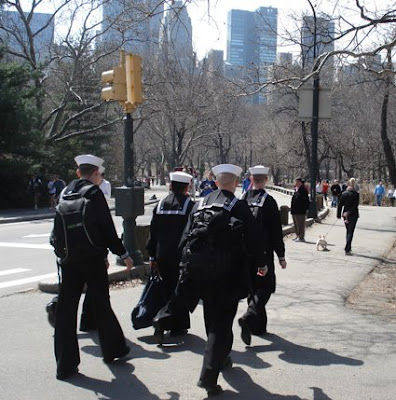 I know, I know but how could I resist this photo opportunity? Walking though Central Park too. 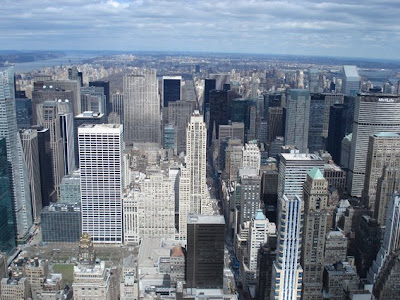 Looking uptown from The Empire State building, you can just make out Central Park, so many fabulous shops down there! 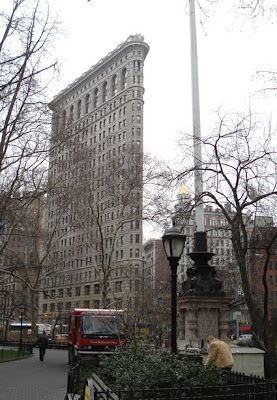 What an estimated $190 million could buy you, the Flatiron Building, they say we'll have to wait another 10 or so years until the Italian company that bought it earlier this year turn it into a hotel, for the lucky few hey. 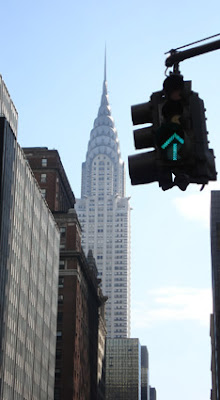 And who could deny you a photo of the Chrysler Building, another great piece of architecture. The corners of the 31st floor are replicas of the 1929 Chrysler radiator cap and on the 61st floor you can see the replica eagles from their 1929 hood ornament. What a tribute. Still more to come.
Posted by Holly Daze at 12:58 pm

Keep the photos coming, they're great!!