For those who don't already know, today we are celebrating a birthday in house! So we thought we would show off the gift giving that went on this morning while we also enjoyed a lush spread of cakes from the local bakery.
Perfect gift for the library collection on chrome. As the very fine example of chrome that we own is still in pieces and has been for the past 3 years we needed something else beautiful to have a geezer at. Cuba, being a vintage car lover's paradise. Until the 1960's Cuba was the world's leading importer of American automobiles. It is estimated that there are as many as ten thousand mid-century American cars that still exist in Cuba, making the country perhaps the world's largest living automotive museum. 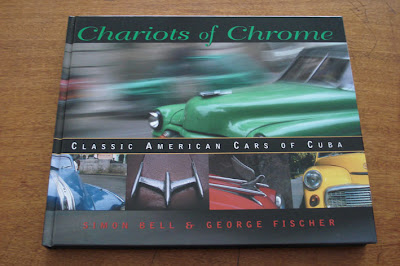 Rocket 88 another super example of the lost era of motoring with excellent chrome accessories. From the 1954 Oldsmobile Super 88, which had a chrome rocket as its hood emblem. Oldsmobile ads described their car as "long and low-level, lithe and so lovely!...and the driver should be advised that the "Rocket" engine responds instantly to your every wish!"
Below shows off the Mechanic Shop where a 1951 Buick Special is being restored. 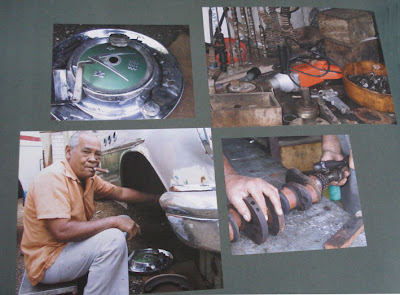